The Adventurer’s Son by Roman Dial

A good book. And important look at the role of parents in the raising of their children.

The Adventurer’s Son is Roman Dial’s extraordinary account of his two-year quest to unravel the mystery of his son’s disappearance in the jungles of Costa Rica.

… Before he left, Cody Roman Dial emailed his father: “I am not sure how long it will take me, but I’m planning on doing 4 days in the jungle and a day to walk out. I’ll be bounded by a trail to the west and the coast everywhere else, so it should be difficult to get lost forever.”

They were the last words Dial received from his son.

… Roman had raised his son to be fearless, to be at home in earth’s wildest places, travelling together through rugged Alaska to remote Borneo and Bhutan. Was he responsible for his son’s fate? Or, as he hoped, was Cody Roman safe and using his wilderness skills on a solo adventure from which he would emerge at any moment?

You might have seen the documentary Missing Dial on National Geographic channel.

The parents agreed to participate out of desperation to continue the search for their missing son. They are disappointed in how it turned out. Wild hyperbole and speculation.

Upload Your Photos to be added to our website 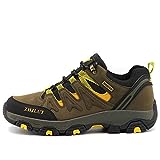