The only series the legendary fell-walker, ALFRED WAINWRIGHT, made for television.

WAINWRIGHT’S LAKELAND & ENGLAND’S NORTH COUNTRY DVD.
When the young Alfred Wainwright first saw the mountains of the Lake District it was an experience that changed his life. As an old man AW recreated his love affair with Lakeland in broadcaster Eric Robson’s company. They explored Orrest Head and Kendal, Haweswater, Borrowdale and made an emotional visit to AW’s favourite mountain Haystacks. He also introduced Eric to the Howgill Fells, Penyghent and the Pennine valley of Teesdale.

WAINWRIGHT’S HIGHLANDS & ISLAND of SCOTLAND DVD including additional programme THE CAIRNGORMS.
In 1987 Wainwright and Eric travelled from Cape Wrath in the far north of Scotland to the Isle of Skye, the Torridon mountains, Glen Coe, the Cairngorms and many other special places.

WAINWRIGHT’S COAST TO COAST WALK.
AW shares the highlights of his 190 mile walk from the Irish Sea at St. Bees Head in the Lake District to Robin Hood’s Bay on the North Yorkshire coast. Two thirds of the route lies within three contrasting National Parks: the rugged mountains and beautiful lakes of the Lake District, the rolling hills and pretty valleys of the Yorkshire Dales and the expansive heather moorland of the North York Moors, with dramatic coastal scenery at each end.

Hole in the Wall, Port Alberni BC
Nanga Parbat Circuit
BestHike #8 – Everest Base Camp / 3 Passes
I have a 2021 PCT Permit
Share this
Category: Blog
Leave a Reply Cancel reply 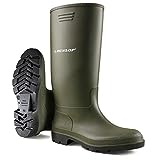